Joseph Oliveri has been named the new director of alumni relations at Saint Meinrad Seminary and School of Theology. 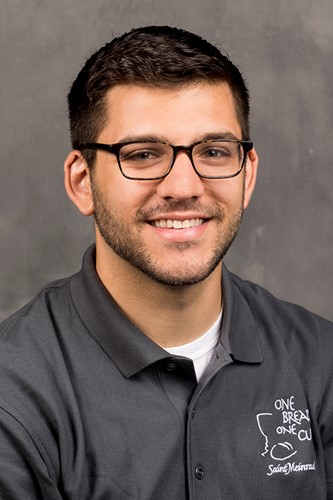 Oliveri will oversee the planning, execution and evaluation of activities and programs designed to address the needs of Saint Meinrad alumni. He will serve as the principal liaison between Saint Meinrad and the 6,700+ members of the Alumni Association.

He formerly worked in campus ministry at Bellarmine University in Louisville, KY. He earned a bachelor’s degree in education in 2015 and a Master of Arts in pastoral ministry in 2018, both from the University of Dayton.

Oliveri worked at Saint Meinrad for three summers (2013-2015) as a college intern for the “One Bread, One Cup” liturgical leadership program. He also served as a catechist for the program in 2017.

In addition, he was a program assistant for Upward Bound and served as a graduate assistant at the University of Dayton Campus Ministry from 2016 to 2018. He resides in Louisville.

He began his new position January 2.