The Board of Overseers has added one new member, an emeritus member and five returning members to the advisory board for Saint Meinrad Seminary and School of Theology, St. Meinrad, IN.

The Board of Overseers has added one new member, an emeritus member and five returning members to the advisory board for Saint Meinrad Seminary and School of Theology, St. Meinrad, IN.

The board advises President-Rector Fr. Denis Robinson, OSB, on matters related to the school’s programs and performance and addresses strategic questions related to the future of the school. Each member serves a three-year term.

New to the board is J. Terrence Cody. Deacon Marc Kellams, John Lueken, Dr. John Pulcini, Deacon Mark Rougeux and Mary Kay Wolford are rejoining the board. John Chappell has been named an emeritus member of the board. 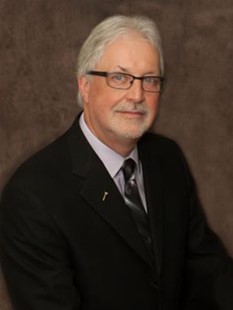 Terrence Cody is judge of the Floyd County Circuit Court in New Albany, IN, where he resides.

He has served in that position since 1999. He is a director of the Community Foundation of Southern Indiana and recently completed his second six-year term as a trustee of Our Lady of Providence High School.

Cody is a member of the Floyd County, Indiana State and American bar associations; the American Judicature Society; the Indiana Judges Association; the National Council of Juvenile and Family Court Judges; and the Sherman Minton American Inn of Court.

He is also a member of the Knights of Columbus Cardinal Council #1221. He has served on numerous committees with the Indiana State Bar Association, Indiana Bar Foundation and the Judicial Conference of Indiana. He is immediate past president of the Indiana Judges Association.

He graduated from Our Lady of Providence High School in 1967. He earned a BS degree from Xavier University in 1971 and a Doctor of Jurisprudence degree from Indiana University Robert H. McKinney School of Law in 1974. Cody also is a graduate of the Indiana Judicial College and the Indiana Graduate Program for Judges.

He and his wife, Peggy, are the parents of two sons. They belong to St. Mary of the Annunciation Parish. 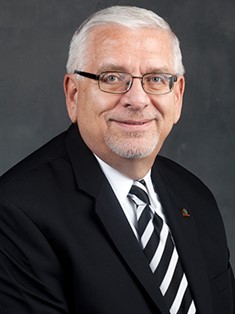 Deacon Marc Kellams, of Bloomington, IN, retired from the Monroe Circuit Court bench in December 2018, after 40 years of judicial service. He continues to serve as a senior judge. He is also an adjunct assistant professor of law at the Indiana University Maurer School of Law, and he serves as the coordinator of Corrections Ministry for the Archdiocese of Indianapolis.

He and his wife, Chris, are the parents of three daughters. They belong to St. Charles Borromeo Parish, where he has served as a permanent deacon since 2008. Kellams is beginning his third term on the Board of Overseers. 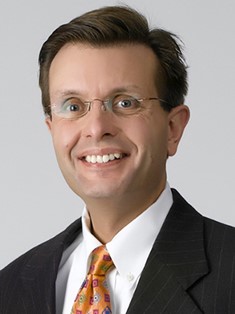 John Lueken is an attorney, partner and chair of the Estate Planning Department at Bingham Greenebaum Doll LLP in Louisville, KY. He and his wife, Stacie, are members of Holy Family Parish in New Albany, IN. They reside in Georgetown, IN.

He holds memberships in the American, Kentucky and Louisville bar associations and is a Fellow in the American College of Trust and Estate Counsel. He is admitted to practice law in Indiana and Kentucky. 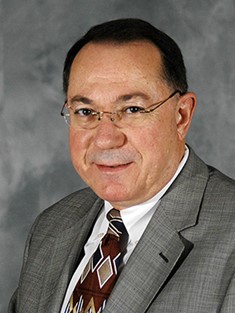 Dr. John Pulcini of Evansville, IN, is a retired surgeon. He and his wife, Barbara, have five children and are members of Holy Rosary Parish. A graduate of Loyola University and St. Louis University Medical School, he worked as a plastic surgeon with the Evansville Plastic Surgical Association for 35 years, retiring in June 2008.

He has served on several boards, including chairman of the Ethics Committee for St. Mary’s Medical Center and a member of its Professional Affairs Committee and the Ivy Technical College School of Medical Technology Advisory Committee.

He is a former member of the St. Mary’s Hospital and Mission Health boards and the Welborn Baptist Foundation. For 22 years, he served as moderator of the regional Annual Professional Ethics Seminar.

Pulcini has served for 12 years on the Board of Overseers and is a past chair of the board. 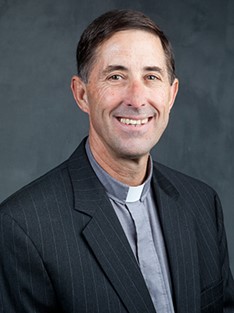 Deacon Mark Rougeux and his wife, Kim, live in Louisville, KY, and have three sons. They are members of St. Patrick Parish in Louisville, where he serves as a permanent deacon, past director of RCIA, member of the adult faith formation team, and coordinator of the ministry to the sick and homebound.

He also is executive director of Mass of the Air and, since 2004, has had an ongoing ministry in East Africa. He and his wife are a mentor couple for deacon candidates in the Archdiocese of Louisville.

He is a past board member of St. Xavier High School’s Alumni Board, a board member of the Lonergan Institute in Washington, DC, and a member of Randonneurs USA. He is beginning his seventh year on the Board of Overseers.

Mary Kay Wolford is a retired educator for the New Albany-Floyd County Schools in New Albany, IN. She received a bachelor’s degree in elementary education from Spalding University in Louisville and a Master of Education degree from the University of Louisville.

She is a member of the board of trustees of Spalding University, and the board of directors of the Cardinal Ritter Birthplace Foundation, Harvest Homecoming, and the New Albany-Floyd County Education Foundation. She has served on the Board of Overseers for 18 years.

Wolford is a former board member and past president of the Catholic Community Foundation of the Archdiocese of Indianapolis and is a past co-chair, with her husband Carl, of the United Catholic Appeal for the archdiocese. They are members of Holy Family Parish in New Albany.

John Chappell is an attorney with the Jasper, IN, office of the law firm of Bingham Greenebaum Doll LLP. He and his wife, Jane, have two daughters and belong to St. Joseph Parish in Jasper. 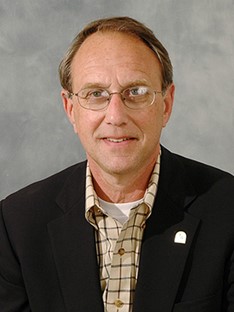 He earned a bachelor’s degree in 1969 and juris doctor degree in 1972, both from Indiana University. He is a member of Jasper Chamber of Commerce, Jasper Kiwanis Club, and the American, Indiana State and Dubois County bar associations.

He was secretary of the Catholic Foundation of Southwestern Indiana from 1992-2007 and is a director of Indiana Furniture Industries Inc.