Three new members have been added to the Board of Overseers, the advisory board for Saint Meinrad Seminary and School of Theology. And, a former board member has been named an emeritus member.

Three new members have been added to the Board of Overseers, the advisory board for Saint Meinrad Seminary and School of Theology, St. Meinrad, IN. In addition, a former board member has been named an emeritus member.

The board advises President-Rector Fr. Denis Robinson, OSB, on matters related to the school’s programs and performance and addresses strategic questions regarding the future of the school.

New to the board are Nathan Gabhart of Loogootee, IN; Sr. Rose Mary Rexing, OSB, of the Sisters of St. Benedict, Ferdinand, IN; and Fr. Zach Samples of the Diocese of Springfield, IL. Bonnie Graham of Washington, IN, has been named an emeritus member. 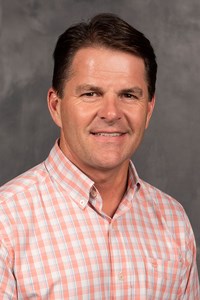 Nathan Gabhart is the chairman and founder of TrueScripts in Washington, IN, and a member of the Daviess County Board of Commissioners.

He is a member of the Indiana Pharmacies Alliance, where he was president in 2014, and the Community Pharmacies of Indiana, where he served as president from 2010-2014. He is a past member of Our Lady of Hope Parish Council and the Finance and Gala Committee.

He attended Washington High School, graduating in 1991. He graduated from Purdue University with a Bachelor of Science degree in pharmacy in 1998.

Nathan and his wife, Beth, live in Loogootee, IN. They have three children, Kaitlyn, Ashley and Ethan, and a foster nephew, Thaniel. They are members of Our Lady of Hope Parish in Washington. 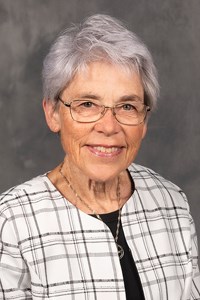 Sr. Rose Mary Rexing, OSB, is a member of Monastery Immaculate Conception in Ferdinand. She made her perpetual profession in 1975 and currently serves as director of spirituality and hospitality for the Sisters of St. Benedict. In addition, since 2009 she has been the director of mission integration at Memorial Hospital in Jasper, IN.

Other assignments have included serving as director of mission advancement from 1999-2008 and director of vocation ministry from 1988-1999 for the Sisters of St. Benedict. From 1972-1980, she taught math and chemistry at Forest Park High School, and from 1981-1988 she was pastoral associate at St. Ferdinand Parish.

Sr. Rose Mary is a volunteer for the Dubois County Habitat for Humanity. She also has been an active member of Benedictine Development Directors, National Religious Vocation Conference, Benedictine Vocation Directors, Kiwanis of Ferdinand, and a board member of the Tri-County YMCA.

Sr. Rose Mary earned a degree in mathematics, with a minor in science, at Indiana State University, Evansville campus. She earned a Master of Arts in systematic theology in 1978 from St. John’s University. She also earned a Certificate in Fund Raising Management from the Center for Philanthropy. 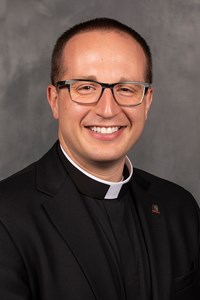 Fr. Zach Samples was ordained a priest in 2022 in the Diocese of Springfield, IL. He is currently assigned as parochial vicar at St. Peter Catholic Church and as associate chaplain at Quincy Notre Dame High School, both in Quincy, IL.

He also earned a Bachelor of Sacred Theology degree from The Pontifical Athenaeum of Sant’ Anselmo in Rome in 2022. During his time at Saint Meinrad, he worked in the President-Rector’s Office and assisted with several projects with the Board of Overseers. 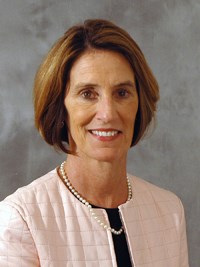 Bonnie Graham of Washington, IN, has been named an emeritus member of the Board of Overseers. She has served on the board for 24 years, including as board chair from 2006-2008.

She earned a Bachelor of Arts degree from Newton College in Newton, MA, and dedicates her time to volunteer work. Her charitable activities include past chair of the Saint Meinrad Campaign Cabinet, past chair of the Catholic Education Endowment Board (Washington, IN), past member of the Diocese of Evansville Review Board, member of the special fund-raising committee for the Washington (IN) Catholic Schools, as well as several other boards and committees.

She and her husband, Robert C. Graham III (“Beeb”), are the parents of four grown children and live in Washington, IN, where they are members of Our Lady of Hope Parish.